Produced by Dave Cobb, the highly anticipated studio effort from SMKC is everything you’ve come to expect … but also unlike anything you’ve heard from them yet.
Australis Musical Instruments 13/02/2022 3:00:00 PM

It’s been a decade since Slash featuring Myles Kennedy and the Conspirators (SMKC) released their debut album together, and they’ve been on an unrelenting rock ‘n’ roll tear ever since, rocking stages all over the world.

After two more hard-hitting, highly acclaimed records the new album “4” is finally here, with the history-making distinction of being the first-ever album to be released on the new Gibson Records label.

Turn up the volume and listen to it here.

Produced by Dave Cobb, the highly anticipated studio effort from SMKC is everything you’ve come to expect from Slash, Myles Kennedy, Todd Kerns (bass), Brent Fitz (drums) and Frank Sidoris (rhythm guitar)… but also unlike anything you’ve heard from them yet.

This time out, Slash says, they captured a certain “magic” – the sound of five musicians and band mates listening to and playing off one another in the spirit of live, in-the-moment collaboration.

“It has a very spontaneous, fun kind of thing to it, and I love that,” Slash says of 4. “It’s the sound of the five of us just jamming together in one room.”

It is finished in Translucent Cherry and comes with a unique hardshell case emblazoned with the 4 album logo, designed to hold an included copy of the 4 vinyl record along with the guitar. Case candy includes a Slash 4 sticker, a 4 guitar pick tin containing a variety of pick colours (8-count), and a signed SMKC band portrait.

“Launching a record label that is in service to our artists is the natural evolution of our 127 years of history,” says Cesar Gueikian, Gibson Brand President.

“Gibson Records will work with Gibson artists to capture, record and promote their music under an artist friendly partnership. Gibson Records will keep all of us at Gibson focused on our artist first culture that is engaged and connected to music. We are excited to launch Gibson Records, to announce that Slash is our first signed artist and that we have entered into a label partnership with BMG.” 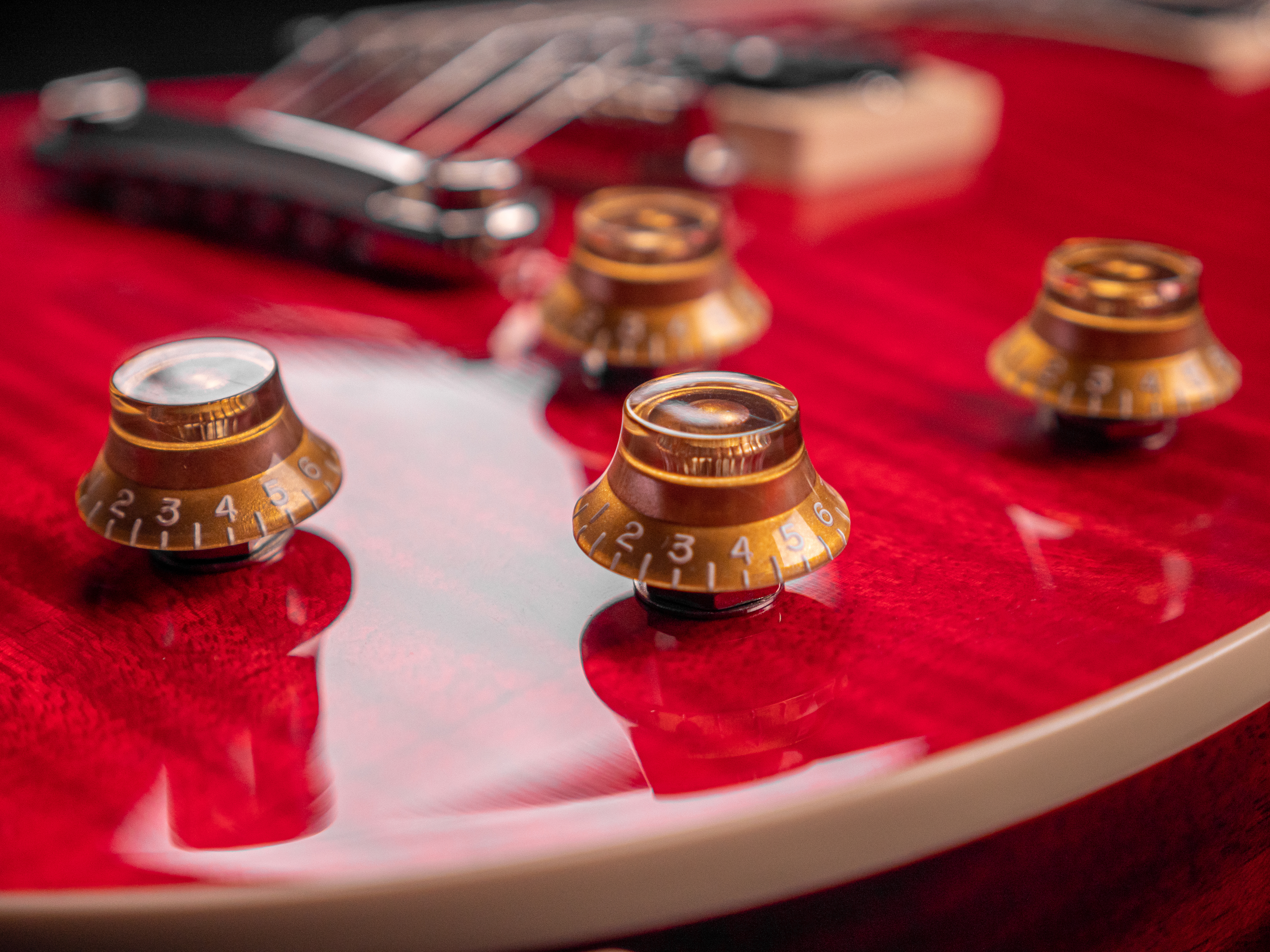 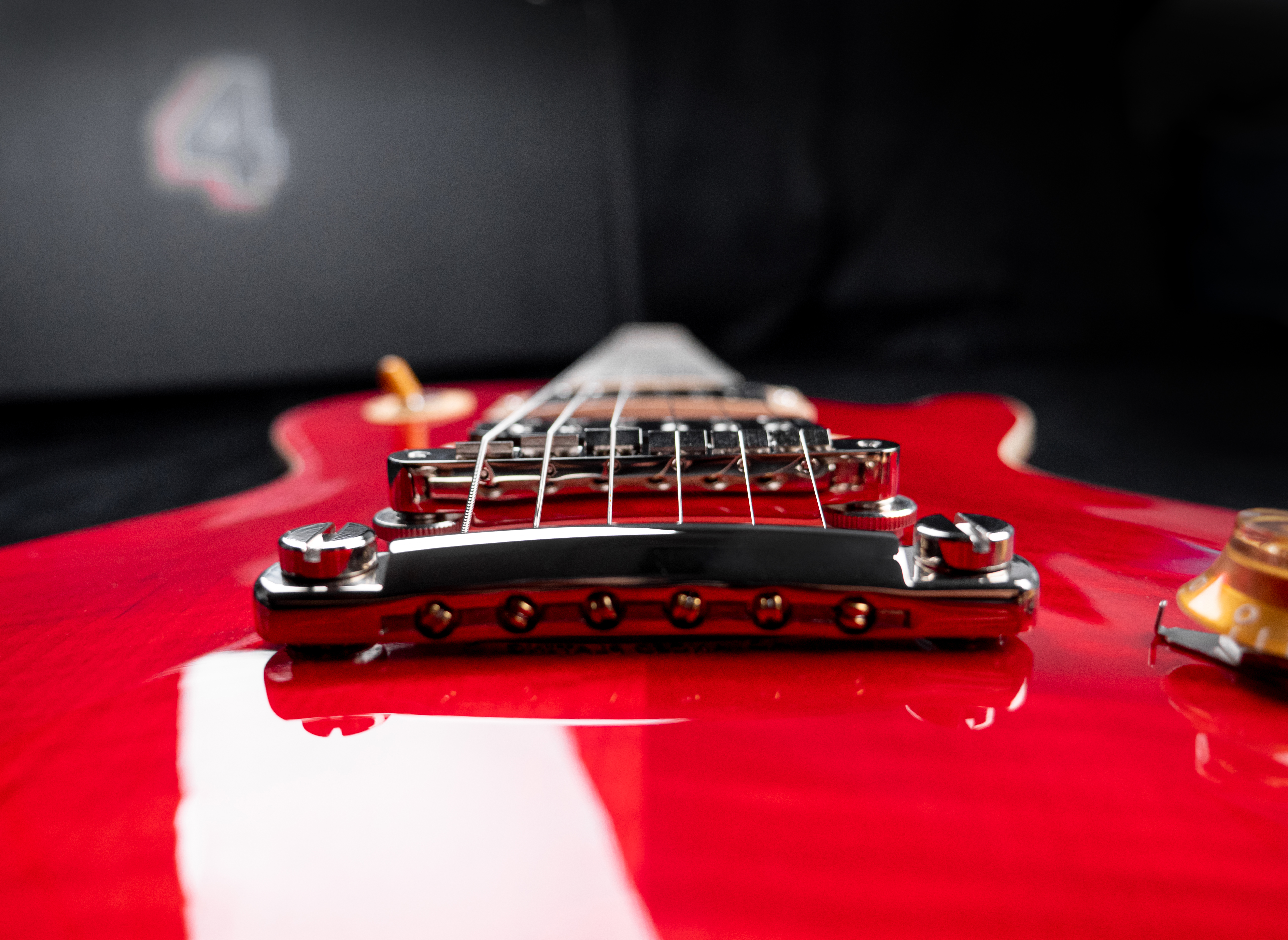 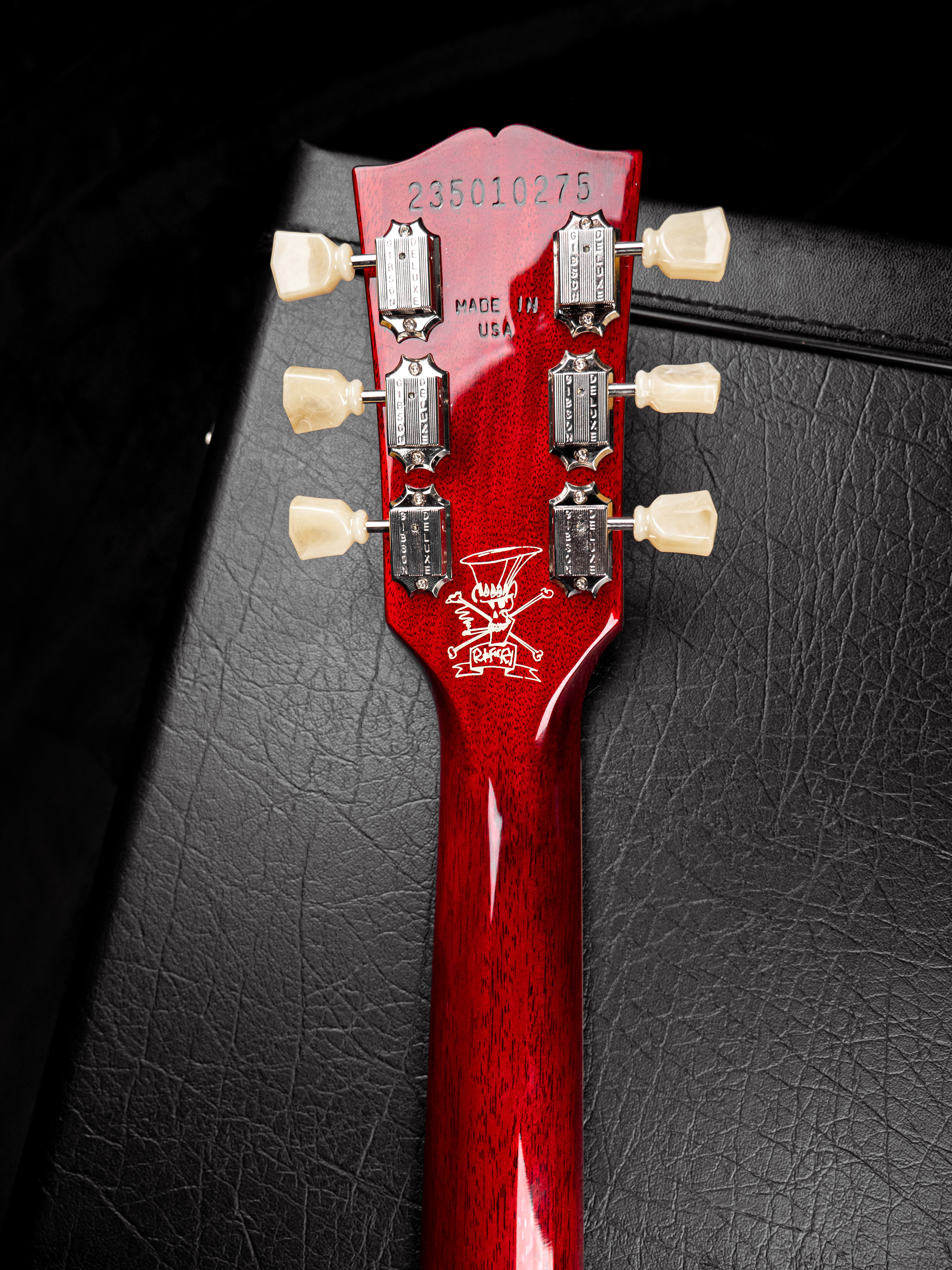 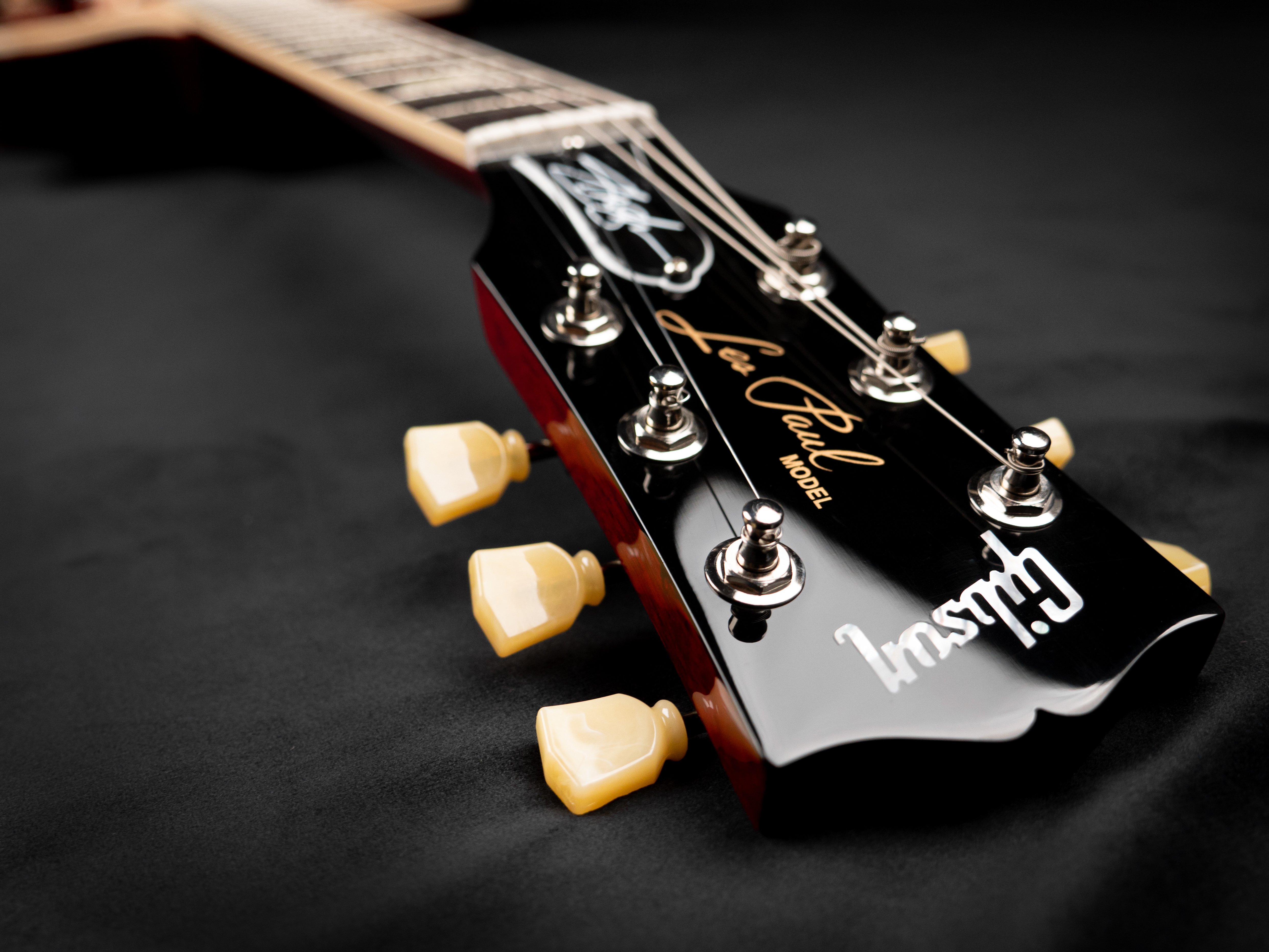